How a funeral inspired the pandemic’s hottest hardware 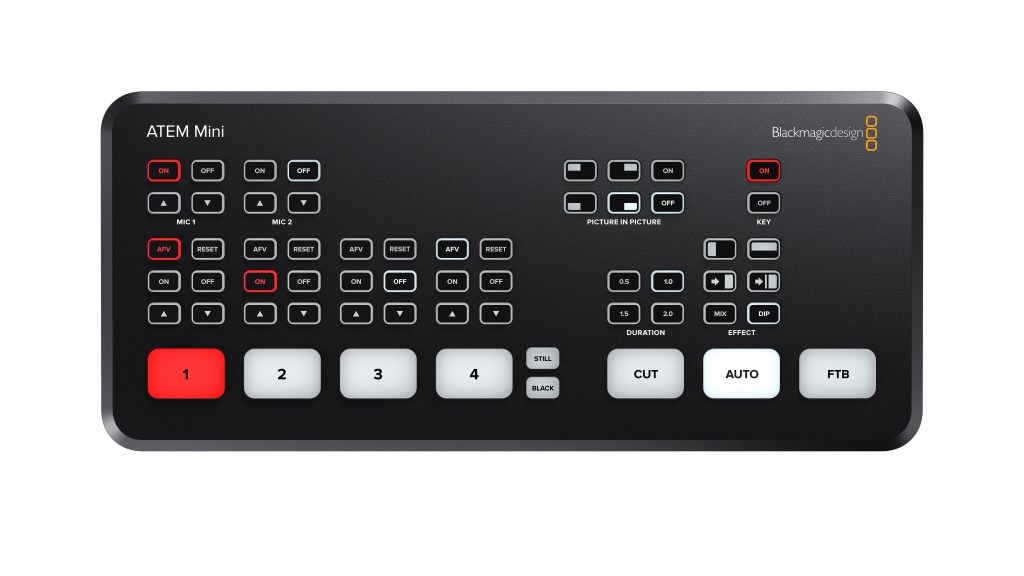 Our mission to help you navigate the new normal is fueled by subscribers. To enjoy unlimited access to our journalism, subscribe today.

If anyone was ill-prepared for worship in the time of coronavirus, it was the church I attend in New York’s Hudson Valley. While modern evangelical churches have broadcast systems that would put most local PBS stations to shame, our 250-year-old country parish only recently had air-conditioning installed.

So when New York’s lockdown restrictions hit in mid-March, we were forced to improvise. Initially, I and another parishioner helped our priest record services ahead of time that would be uploaded on the church’s YouTube page for Sunday morning. We used our cameraman’s DSLR camera, my iPhone, and a podcasting microphone that was gathering dust and created a serviceable multi-camera rig.

This worked for several months but as it soon became apparent that restrictions on in-person worship would continue we had to find a more sustainable solution. The issues why were twofold: posting pre-recorded videos took away from the live community that church gives people, and secondly, I was spending up to five hours per week editing the videos together.

Our initial assumption was that any sort of live-streaming equipment would be prohibitively expensive, until research led me to a product called the ATEM Mini by Blackmagic Design that was taking church technology YouTube by storm (yes, that’s a thing).

Based in Victoria, Australia, Blackmagic Design’s bread and butter is in broadcast and cinema hardware such as high-end, ultra-high resolution camera bodies and multi-input broadcast switchers that can cost north of $10,000. But in November 2019 the company introduced the ATEM Mini, a shrunken down version of its ATEM broadcast switchers. The price was a quite radical $295.

The ATEM Mini accepts four HDMI inputs—whether they be cameras or from a source such as a video games console or PC—and allows the operator to switch between them with transitions, picture-in-picture, and advanced features like chromakey (green screen), and audio processing. Where it gets really nifty is that all the processing of the video signals is handled on the device, so that when plugged into a computer the device shows up as a USB webcam that’s ready to go in Zoom, YouTube or your video streaming platform of choice.

“The idea came to our CEO at a funeral of all things,” says Bob Caniglia, Blackmagic Design’s director of sales operations for North America. “At the funeral, people were trying to play videos back and then switch to something else, and each time they were plugging and unplugging cables. He said there all there needs to be is a little box to switch between inputs. How hard is that?”

Blackmagic’s development team soon realized there would be other applications for such a box, such as Twitch gamers, YouTubers, classrooms, business presentations, virtual conferences, and yes, churches.

What they didn’t realize is just how in-demand that product would be just months after its launch. “If someone told me last September, that by now we’d sell as many as we have I’d have asked, ‘Who’s buying this?’ But you throw a pandemic in there and all of a sudden…”

Indeed, the ATEM Mini was sold out at specialist A/V retailers and on Amazon for months. Scalpers were reselling the units at nearly double MSRP as businesses, houses of worship, and politicians made the switch to online. (Joe Biden’s campaign uses Blackmagic Design equipment for his at-home broadcasts.)

Blackmagic Design has now caught up with the backlog of orders for the ATEM Mini, and even added two new products to the line: the ATEM Mini Pro for $595, which adds an ethernet jack and encoder for directly streaming to YouTube or Twitch, recording to a hard drive from the device’s USB-C port, as well as multi-view monitoring so the director can see what’s happening on each input; and the ATEM Mini Pro ISO for $895 which adds the ability to record each individual input to a separate video file.

I gratefully accepted the offer of a review unit of the ATEM Mini Pro, and the product lived up to the hype. It’s simple to set-up (if you know how to plug an Apple TV into a television, then you already know how to set up the ATEM), and the results are surprisingly professional for such an in-expensive box. Our church has since purchased one and intends to continue streaming services once able to fully re-open. Hallelujah.